For us Monday was first Saturday, but for our hosts it was back to the workaday world after after the holidays.  I remember how that felt, and I prefer the present....I'm just sayin'.  By 7:30 am TLE and I were 'home alone' for the day.

I had a lot on my plate as sometime in the last couple of days my converter/charger had a catastrophic failure and the house batteries had discharged down to 44% before I noticed anything was wrong.  The first thing I did was take the charger/converter offline, then attach a couple of battery chargers to the large 8d batteries to at least keep them from getting worse, then I began to troubleshoot the problem.  Sure enough the charger was not putting out any juice, and after going through the list of probable causes in the Progressive Dymanics manual I determined it was beyond recovery.  The next step was to get on Amazon.com and order a new one.  With my Amazon Prime account's free two day shipping it should be here on Wednesday the 7th.

We also needed to get our Beetle up to my mechanic's place (Joel's Automotive, 4.5 stars on Yelp) in Upland for service while we had access to my daughter's second car, so around Noon we made the drive up to Joel's and dropped the car off about 12:45.  TLE had a hair appointment at 'Forte' in Claremont Village (Claremont, CA) at 2 pm so she suggested we check out a local gastro pub in the 'Village' called 'The Back Abbey' that our daughter, Meredith, recommended previously.  'The Back Abbey' gets a solid 4 stars on Yelp on, get this, on one thousand two hundred and twenty-nine reviews!  The ambiance is laid back, a little 'funky', they have outdoor dinning, and a substantial list of draft beer on tap.

We arrived close to 1 pm, and quickly found a table near the front window.  After a short discussion with our server we both settled on Kasteel Winter, a Belgian dark ale with hints of chocolate and coffee having a slight smokey after taste.  It comes in at 11% abv, which is why you see it here served in stemware......one of these is like a pint of most other brews.  Neither of us was very hungry so TLE had a salad and I had the soup de jur.....Tomato, with a sliced baguette on the side. After tasting the tomato soup I can see why they get 4 stars. 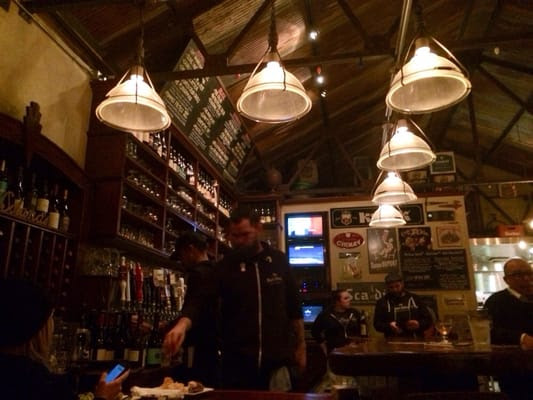 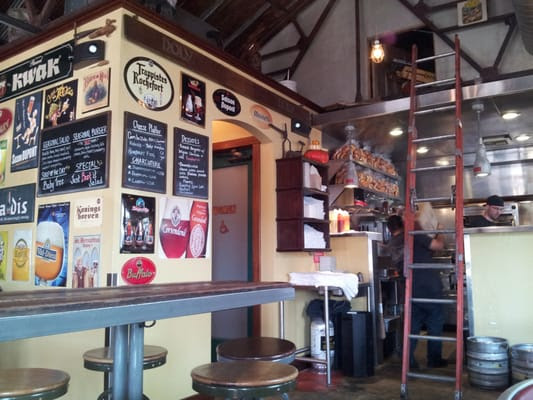 Just after I had 'checked in' at 'The Back Abbey' on Facebook my daughter, Meredith, texted me asking if she could take me out for coffee whilst TLE was getting her trim, and I immediately accepted.....we arrived at Forte (4.5 stars on Yelp) just before 2, and Meredith was waiting for me.  While TLE proceeded inside, Meredith and I walked across the street to the local Starbucks for coffee and conversation.  I have to say, one of the things I have missed about being nomadic is long conversations with my kids talking about life, etc.  After getting our drinks we took off walking around Claremont Village enjoying the warm afternoon air and talking non-stop.  Before we knew it we had covered 5, or 6 blocks and Meredith was getting a text from TLE wondering where we were....she was done already.  We quickly made our way back to Forte, said our 'next times' to Amanda (TLE's hair stylist, and also a long time family friend). 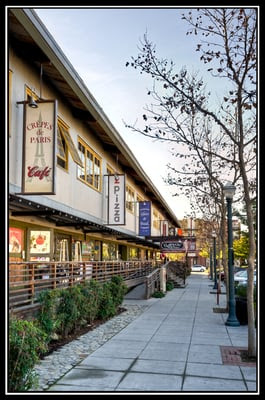 TLE went with Meredith to shop for shoes for the wedding, and I headed for home.  Unfortunately there was a serious accident on the 60 freeway, which in turn made all the alternate routes crowded, and it took me 90 minutes to drive the 30 miles home......uggghhh!

I had planned on taking a bike ride, but by the time I arrived home it was almost sundown, and I don't like riding in urban areas at night, so I got a glass if ice tea and sat down to read a good book.  TLE was home around 6 bearing a take out order of Fish Tacos from Baja Fresh.....by this time I was very hungry so they really hit the spot!

That was first Saturday.....thanks for stopping by!
Posted by Whatsnewell at 8:38 AM