Friday (5th Saturday) was the day of the wedding rehearsal, and rehearsal dinner for Sharon's impending wedding, so, as one might imagine, there was a lot remaining yet to be done.   Being of the male species I am not usually included in these pre-wedding 'workgroups', so I was left at home to fend for myself whilst TLE spent the better part of the day working with our three daughters, and other female associates getting everything ready in time for Saturday.

Meanwhile, back at the 'ranch' I continued organizing the trailer for the insertion of the VW on Monday, and actually found some more space in our coach basement through storage bin for the pressure washer and new battery charger I bought when my hardwired charger/converter crapped out a couple of weeks ago.  Now I will only have the one large box that holds the Winegard Carryout G2 satellite dish.  In addition, I will not be carrying around my grandson's mountain bike anymore as it is now in his permanent possession here in Riverside.  Sooooo, I am enjoying a luxury of extra space in the trailer once again.

Around 1:30 I decided to take one more bike ride around my 10 mile loop, so I was able to climb to top of Mt. Rubidoux and drink in the amazing view yet one more time.  As I headed out I was determined not to push it, but just ride at a seemingly leisurely pace, which is what I did, but somehow I arrived back home in just over 49 minutes.....2 minutes faster than my fastest prior time.  I'm mystified about that, because I think I hit every red light on University......nonetheless, it was nice that my last ride didn't seem that hard, but I apparently was pushing 'taller' gears than usual.

TLE was home by 3:30, and by 4:15 we were back in the car headed for the wedding venue in Rancho Cucamonga (Central Park) for the rehearsal at 5.  We arrived at exactly 5, and by 5:20 we were in rehearsal mode.  We did a walk through about 5 times to get the order and timing right, and by 6:20 we were ready for the rehearsal dinner at the local 'Old Spaghetti Factory'. 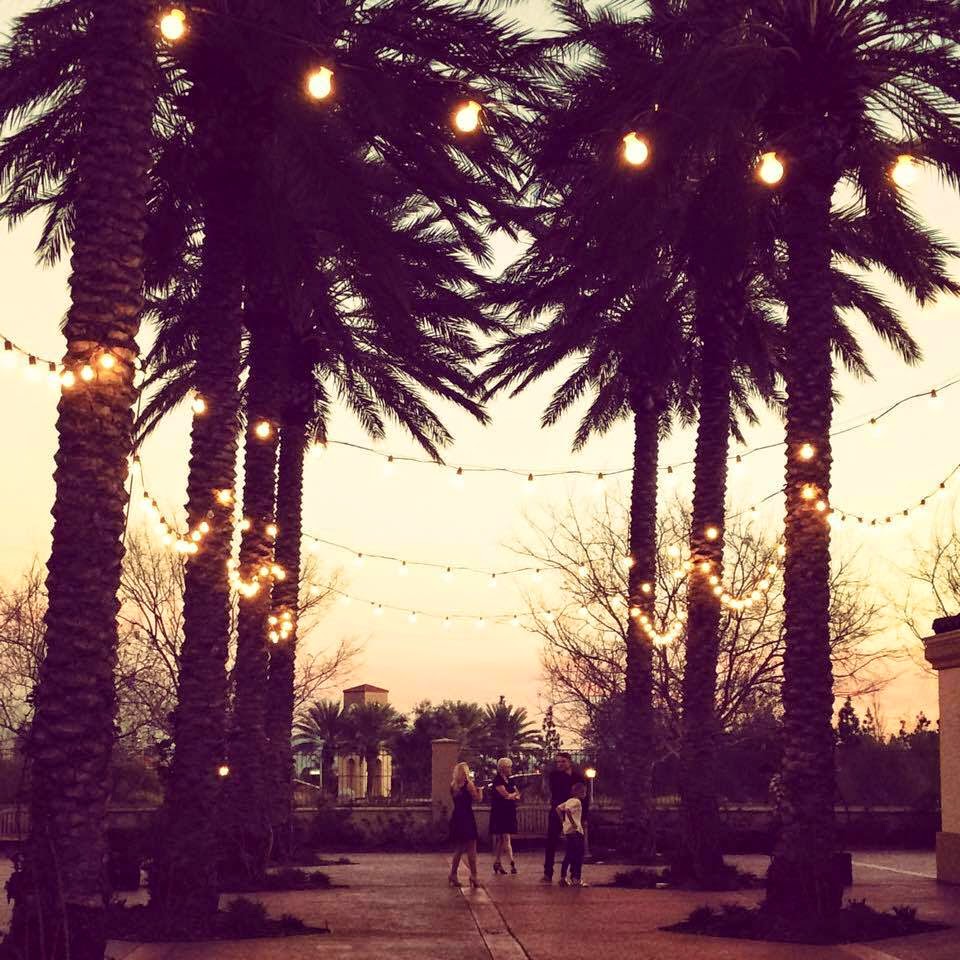 Just after we arrived at the OSF* our relatives, who were staying just across the street at the Sheraton 4 Points Hotel walked in for dinner, so they were able to seat them in the same room where the wedding party was eating. 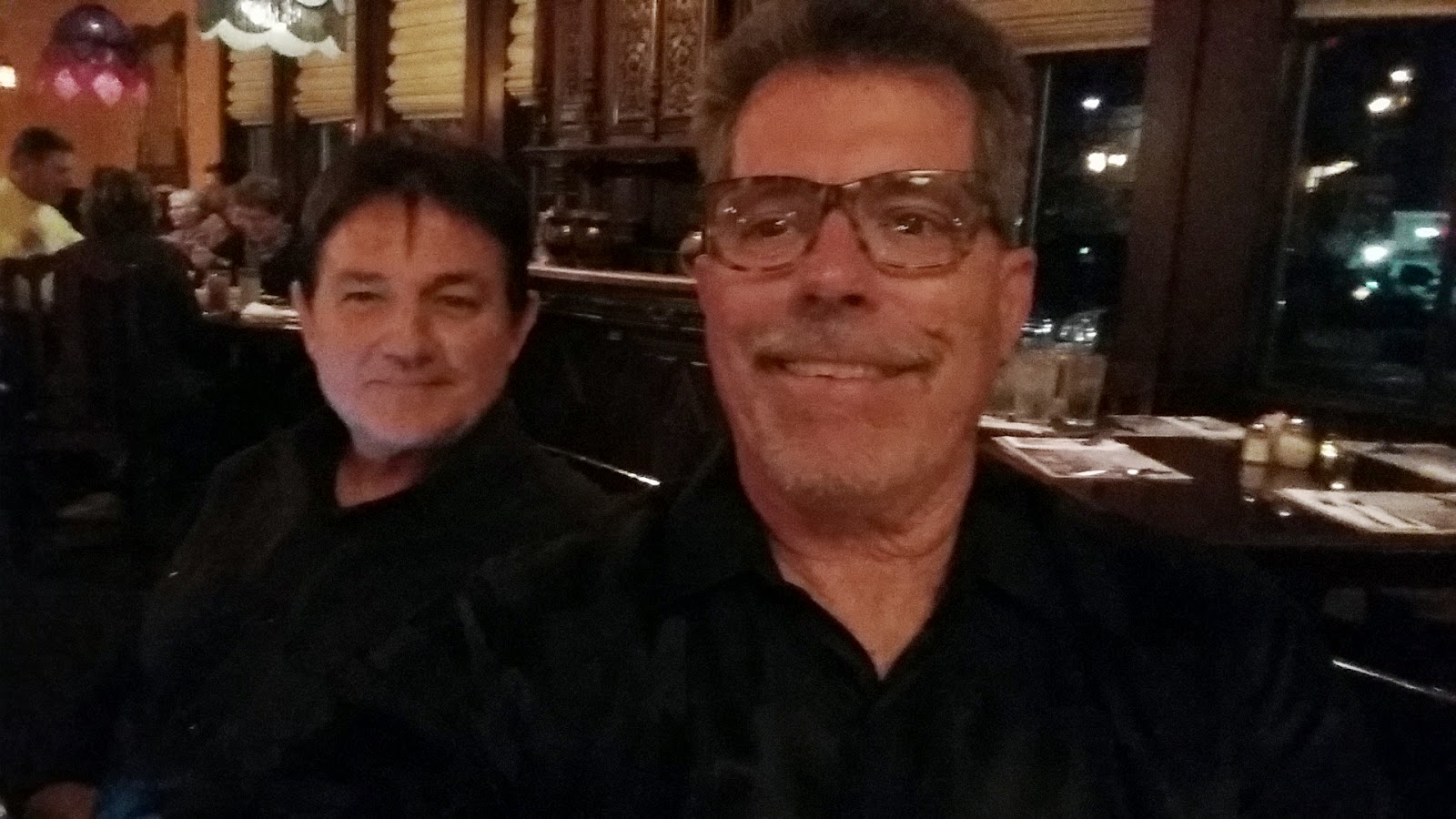 Tom Carrozzo and I.....I've known Tom since 1962,
and we have been best friends all this time.....
Tom will be performing the ceremony on Saturday. 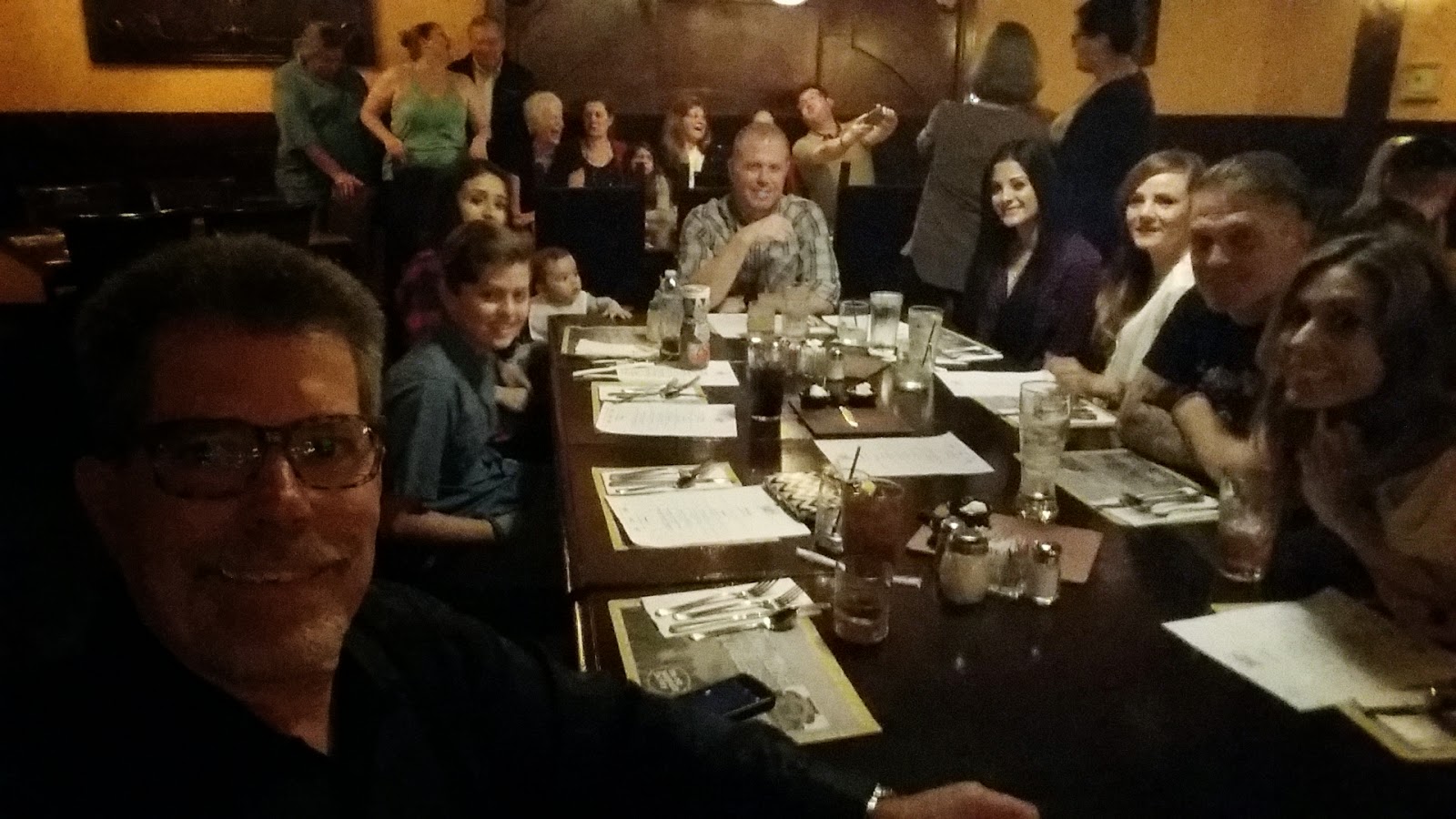 The wedding party in the foreground, and
TLE's family in the background

The evening was magical.....that's the only way I can describe it.  To try to say anything more would just fall way short of what it was.  By 9 pm we were pretty much the only people left and it was time to head for home.  We'll see a lot of these folks over the next two days, and I am looking forward to it.

TLE and I were home by 9:40 with big smiles on our faces.......I'm sitting here wondering how I will get through the real ceremony without crying like a baby.....I had a hard time keeping my composure during the 5 times I walked Sharon down the isle in rehearsal.  I love all my kids equally, but Sharon is special in one particular way....she was born January 10, 1985, 9 weeks premature, and there was a point where we did not think she would survive, however, she did, by the Grace of God, and now 30 years later I will be giving her away to a very special guy.  That I am able to do that today is a blessing I did not think I would have 30 years ago......feeling blessed, and very grateful today. 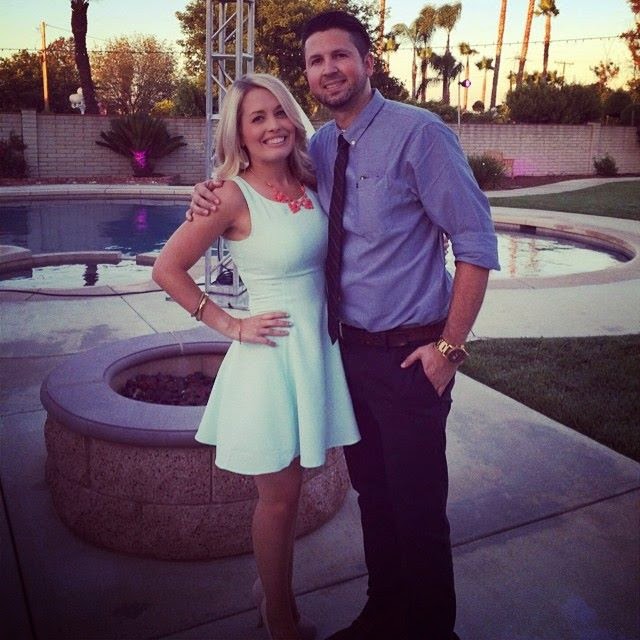 Thanks for stopping by!
Posted by Whatsnewell at 9:33 AM