One of the bonuses to living a nomadic life is the people you meet along the way.....people you would probably never have met otherwise due to many reasons, primary among them being geography.  Living in a fixed location in a 'sticks 'n bricks' home most likely means most of your friends will come from that general geographical region.  When one becomes nomadic, which by definition means you are no longer living in a fixed location, you will meet new people from all over your area of travel and beyond.

When we began our nomadic travels almost 3 years ago we planned to visit existing friends and family around the country, and we have done just that.  We have been able to reconnect with friends we made in college, as well as relatives we have not seen in a few decades.  What we were not expecting to find was a whole sub-culture of like minded folks living their lives on the road.....a community comprised of people from all walks of life, backgrounds, and age groups......many of whom still work while pursuing the nomadic lifestyle.  A number of these people have become good friends whom we have hooked up with multiple times as we crisscross this great country of ours.  I have oft said that it is this nomadic community that makes life on the road so much more attractive, if that is possible, than it was when we started.  This community is so important in providing continuity and support, just like the community surrounding your 'sticks 'n bricks' home provides the same.

One couple we met, Tom and Darlene, we met because we both belonged to the same users group that provided support to those who own Newell Motorcoaches.  Tom and Darlene don't travel year round, but they have that nomadic spirit.  The first time we met was while they were on an extended 3 month trip to the Pacific Northwest in their 1990 Newell.  They were passing through SoCal, and staying a few days in Newport Beach with other Newell owners, so TLE and I drove down to Newport Beach one weekend afternoon to meet them (summer of 2008).  Over the successive years we have traveled with them three times (home from Austin, TX, home from Creede, CO, and for two months in South Dakota, Montana and Alberta, Canada), and visited them at their homes in Arizona 4 times now.

Over the past 6 years we have become very good friends......Tom has called me at least once a week over the past couple of years as we travel to see how we are doing.  So, as you can see, if not for our decision years ago to, firstly to embark upon this nomadic life, and secondly, to buy the particular brand name coach we bought, we would never in a million years have crossed paths with Tom and Darlene, and our lives would have been the poorer for it.

When we were in Arizona last year visiting them at their new home northwest of Phoenix out in the high desert Tom was getting ready to have a large garage/barn built on the property. 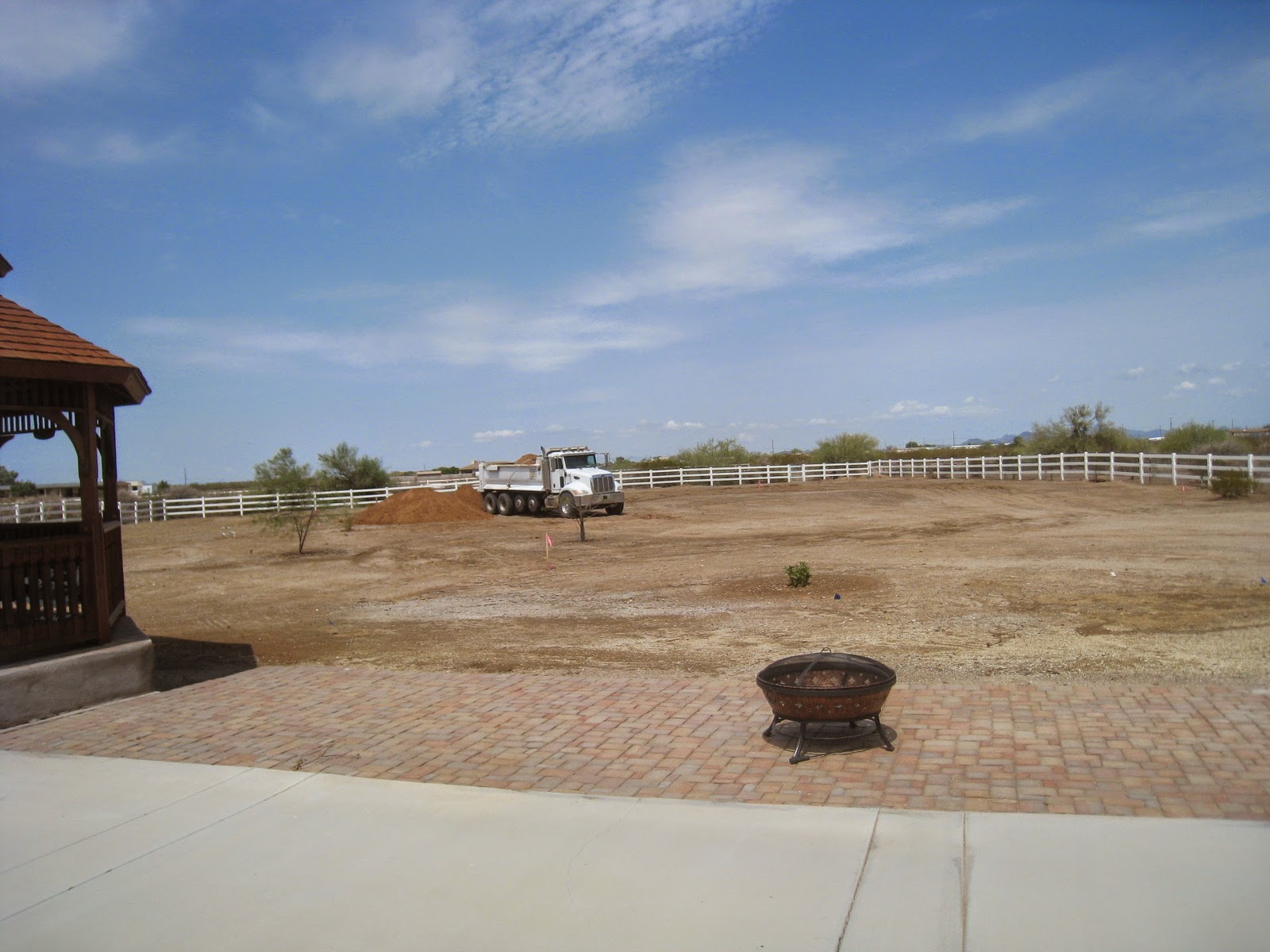 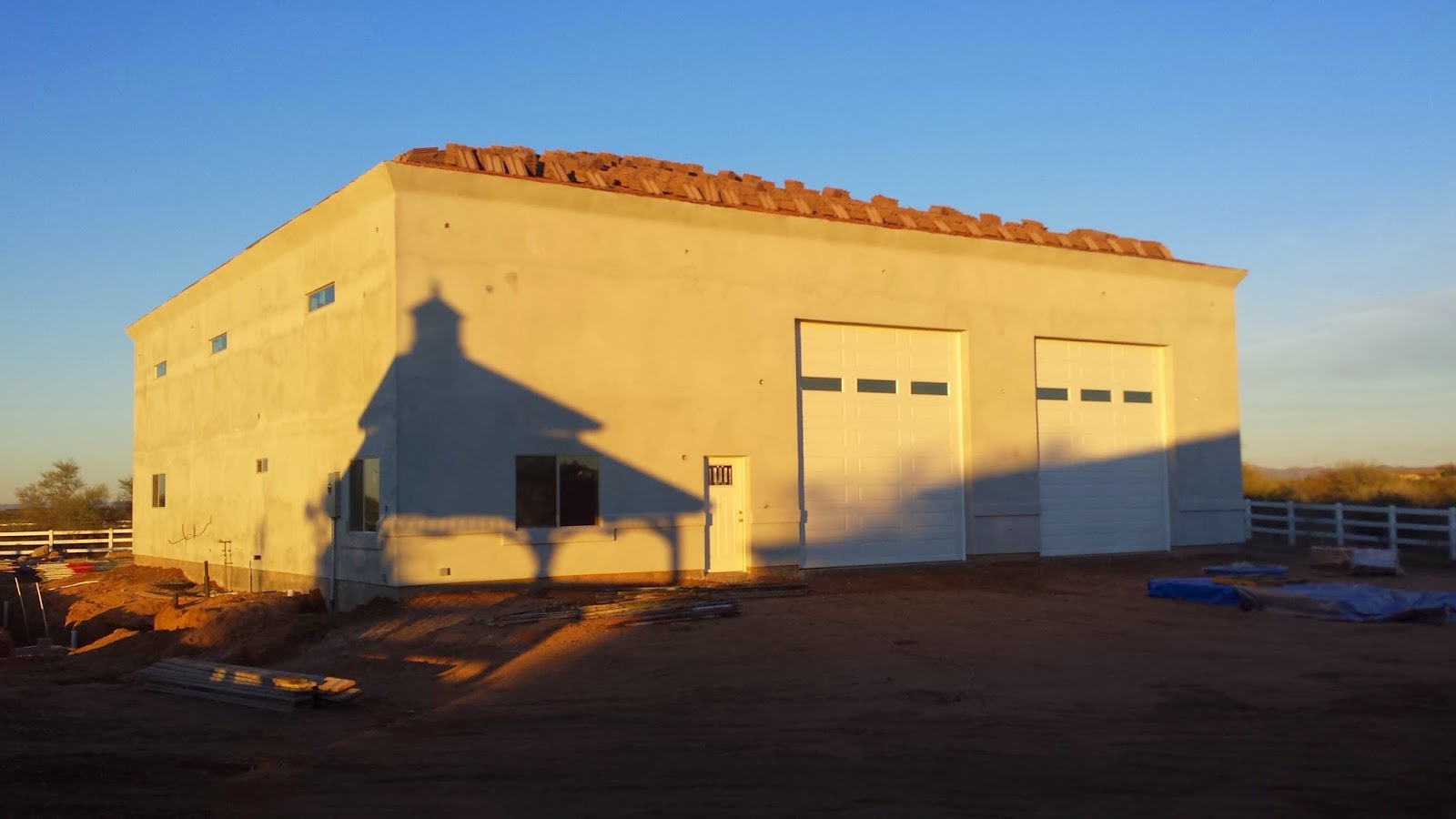 What we found when we returned a few days ago

So, this is why we find ourselves once again visiting Tom and Darlene.  When we left in late March last year their backyard was empty.  Tom was still in the planning stages to build a large garage/'mancave' that would hold his 46' long 2002 Newell.  At the time I really had no idea how big this 'garage' was going to be.......4,000 square feet of ground area, and 20' 6" high!

Thursday the wind came up, and we were getting sustained winds in the high teens......plus it was quite cold, so we stayed inside most of the morning.  Around 1 pm we drove with Tom, Darlene, and their married daughter, Laura, into Wickenberg for lunch at Nana's Sandwich Saloon.  Yelp gives them a solid 4 stars, and we would agree.  I had the 'Westerner' (bacon, green chiles, and cheese on toasted sourdough bread).....I cherished every single bite! 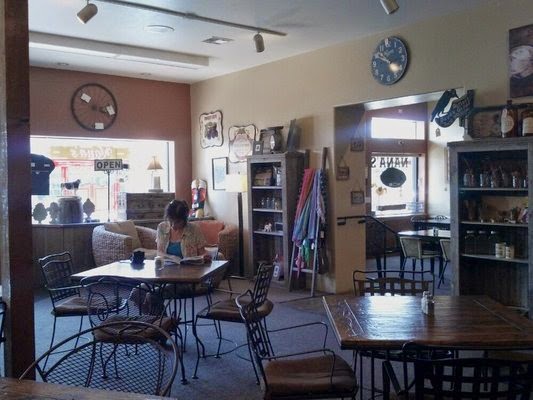 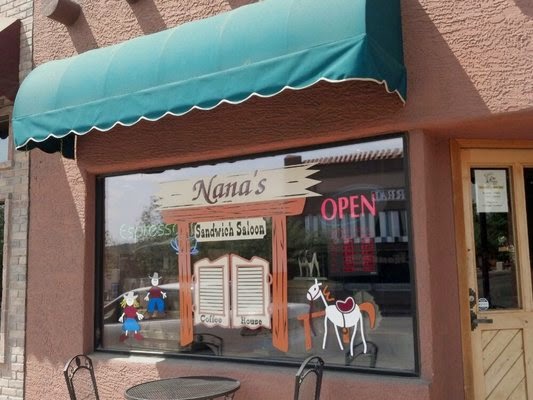 We were home by 3:30......where did the day go?  I have been noticing lately that the days seem to go by so quickly.  It feels like I have just seen the sun rise in the east, and all of a sudden it is going down in the west.

We had a nice dinner with our friends......watched a little prime time TV on their 80" LED TV with theater type sound, and then headed back to our 'home' for the evening.  I have been sleeping with my window open, enjoying the crisp night air and sleeping like the 'dead'!

Thanks for stopping by!
Posted by Whatsnewell at 8:53 AM