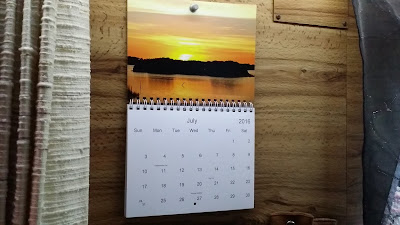 We're at that part of the summer when one day begins to blend into another, and I wake up some mornings wondering what day of the week it is.  Eventually, usually when I sit down at my computer and look up at the small calendar on the wall near my laptop, I figure out it is Friday, and then I realize I have missed the first round of the British Open which began Thursday.  In addition to that the Tour de France has been in full swing for 10+ days.....since both of these sporting events are situated in the Western European time zones I can watch them live at 5:30 am when I get up each day.  I see that Phil Michelson carded a record tying 63 Thursday and leads the 2016 edition of the British Open.  As I type I listen, with occasional glances up at the TV, to the announcers on the golf channel telling me what they want me to know about Friday's round now in progress......hmmmm...life feels good.

The days are becoming routine because it seems everyone has finally settled into their jobs and are getting them done, and are mostly showing up every day for their shifts.  We've been able to solve most of our electrical issues so far this summer thanks to our new maintenance manager Adam.  All the new traffic signs we have installed are helping traffic move smoothly throughout the park, and the new stop signs are slowing things down noticeably.

Thursday we found ourselves at just over 80% of capacity.....like I wrote yesterday, we are in the 'sweet spot' right now, and all the hard work we have put in since early May is beginning to pay dividends.....it feels like cruise control.  There is nothing remarkable to report about Thursday......we took our usual pallet of ice delivery, I pumped propane, I made my rounds, answered questions, helped folks into their sites, calmed a couple of guys down who were determined to have an argument with me, but ended up shaking hands at the end of it all.

TLE clocked out about 3:45, and I followed 15 minutes later......by 4:15 we were sitting outside enjoying the early evening air, talking, and taking occasional sips of our adult beverages of choice.  I love sitting outside taking in the splendor of the large sugar pines, some of which are close to, if not over 100' tall......our site is surrounded by these giant, silent sentinels....... 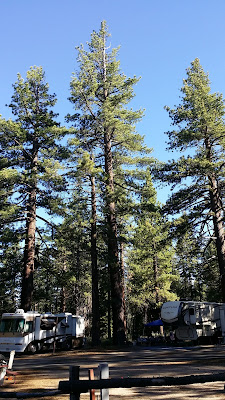 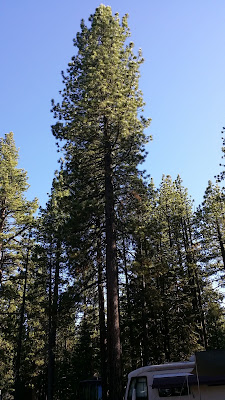 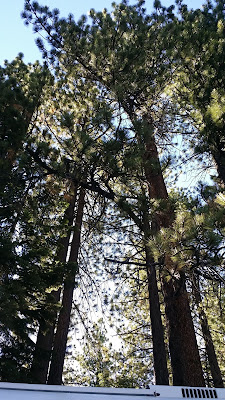 Directly next to our Newell

......we ate dinner alfresco once again.....I grilled some 'dogs and TLE provided some rice and a small caesar salad as the sides.  Thursday was everything I love about spending the summer in South Lake Tahoe!

Thanks for stopping by!
Posted by Whatsnewell at 6:39 AM