I was up at 5 am, TLE about 45 minutes later....Thursday was the day we would drive 450 miles south for the wedding of my brother's daughter, Danielle.  We left TVC in our rear view mirror about 6:50 am and were over Kingsbury Grade and cruising across the Carson Valley by 7:30.  The drive south was completely uneventful.....just like we like it.....but, here are the details......

Almost exactly 100 miles after departing TVC we were standing at the top of Conway Summit looking across the expanse at Mono Lake and the cool little town of Lee Vining, CA where we took our standard picture we have been taking for decades.....regretfully there was a lot of haze in the air so the views are not as crisp as they have been in the past. 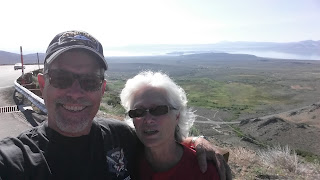 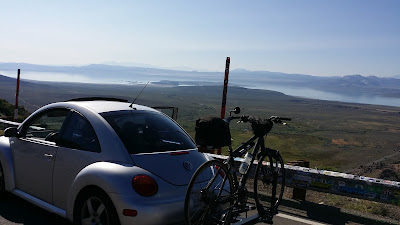 We stopped briefly at the rest area just before Mammoth Lakes to change drivers and use the restroom, and by 10:10 am we had descended Sherwin Grade and were cruising into the outskirts of Bishop, CA where we overnighted just a little over two months ago.  60 miles later we stopped in Lone Pine for lunch at the same Carl's Jr. we have been stopping at for decades.

After fueling up I took over the helm and guided us further southward through Olancha, Coso Station, Ridgecrest, and Johanesburg changing drivers once again in Kramer Junction.....TLE handled the driving the last 100 miles to Upland, CA where we made a quick 15 minute stop at Joel's Automotive to get the VW smogged.....it passed, of course!

We were at my daughter's home in Riverside by 4 pm and exchanging hugs with her 13 year old son, Elijah.  Within the hour Ali, Nick's sister (Nick is Kate's fiance) was home, followed shortly thereafter by Nick, and then Kate.  We had arranged to have dinner with all our kids and their significant others at Tio's Tacos in Riverside at 7 pm.....so great to have all five kids in one place on such short notice. 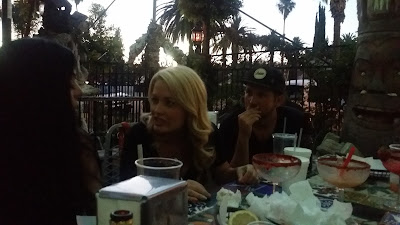 Sharon and Rod talking with Rochelle (my daughter-in-law) 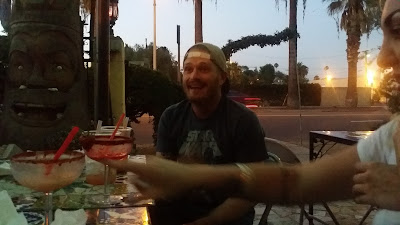 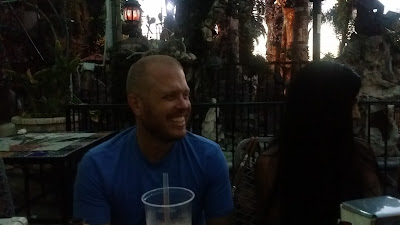 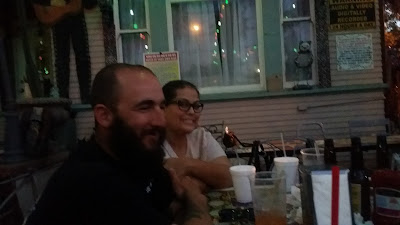 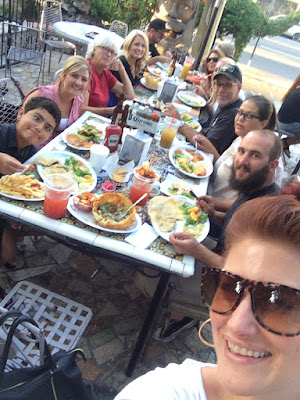 We ate some great Mexican food on the outdoor patio of one of the funkiest places I have ever eaten, and that is why we always come here once, or twice when we are in town. 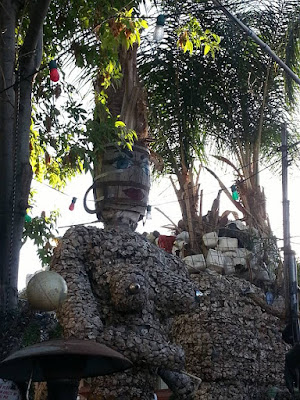 Well, day 1 of our whirlwind 4 day hiatus from TVC is in the books.....Friday we will move over to Arcadia for two nights and meet up with my two brothers and their spouses for dinner, and then on Saturday the wedding festivities begin!

Thanks for stopping by!
Posted by Whatsnewell at 6:57 AM