Remember that 7.5 amp mini fuse issue in the Beetle I wrote about the other day?  Well, over the past 5 days it has blown 2 more times, so, obviously, there is something in that circuit overloading the fuse within a few minutes of starting the car.  The result is we decided to take it to our mechanic Thursday to have them check the circuit......odds are some switch is staying on and putting an overload on that circuit.....that's above my paygrade so I will defer to Joel's Automotive.

While we were in Upland we decided to take our daily walk along the Pacific Electric Bike path, so we parked our loaner car in a parking lot next to the trail and set off toward Claremont.....our goal was to cover 3 miles round trip.....1.5 miles arrived just as we passed the entrance of Pomona College.  In all we averaged 3.6 mph.

We were back home before noon time and I decided to get back to painting the engine bays and the trailer tongue.  I posted pictures of what they looked like in Wednesday's blog, but am showing them again today for the contrast with the 'after' pictures.......I used Rustoleum high gloss gray for the engine bays, and ended up using one bottle per bay.....I think they came out pretty good..... 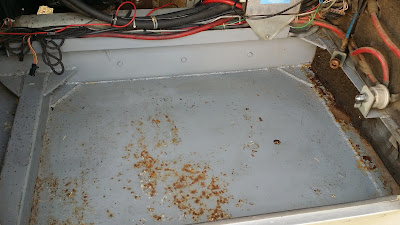 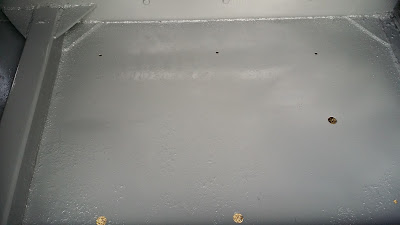 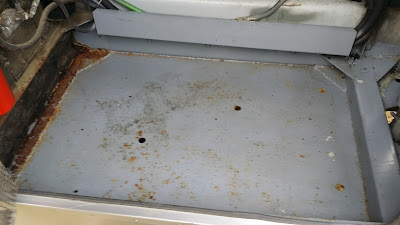 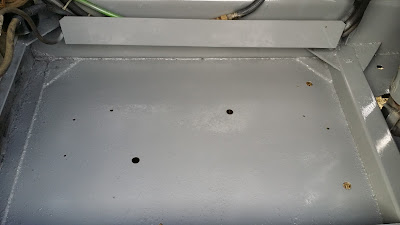 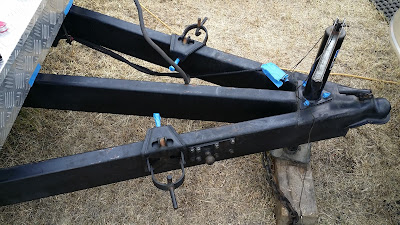 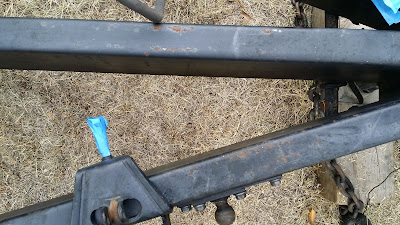 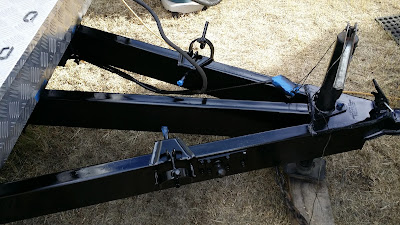 Once I was finished with lunch I set up the pressure washer again to pressure wash the rubber mats that go on the floor in each engine bay, and then finished pressure washing the trailer (rear and driver side).  After crossing two more items off my 'TO DO' list I called it a day and took a nap.

The TNF game had the Packers at the Detroit Lions.....for most of the game the Packers appeared hapless, but the momentum turned around in the 4th quarter and the Packers screamed back from 20-0 to win 27-23 on a last second 'Hail Mary Pass'......in fact there were no 'seconds' left!  A great ending to a very good day.