I awoke about 0500 thinking, as I always do, about what needed to be done before we hauled anchor at 1000 hours......thankfully there was not much, but I worry nevertheless about 'not much'.  The overnight temp got down to 30 degrees, and there was frost on every outdoor surface.   By 0900 it was time to turn over the Detroit 6V92, and drop the trailer on the hitch.  It took a few minutes to maneuver the coach back, but with TLE's help we got her done, and then it was time to pull out of the backyard of my daughter's home for the first time in 5 weeks.

We stopped just down the street to put the VW in the trailer and were merging on to I-215 at precisely 0942.  Our first climb of the day was over Pigeon Pass......you will recall that I spent several hours about a month ago pressure washing the radiator so this was when I would see the results of that cleaning.  On our trip home from our 10 day stay at Ventura the engine temps were running over 200 all the way home.....that was my signal it was time to clean the radiator.  On the climb over Pigeon Pass they never got above 190.....excellent.

We made great time and arrived at the ARCO travel center at the intersection of SR-86 and S-22 in just under 2 hours.  Our plan was to wait for our son, Chris, and his friend Keith in their motorhomes, and they arrived within 30 minutes.  While we were there we decided to fill up our 5 gallon propane bottle.  I went inside to ask for an attendant to come out and pump the propane and asked what their price was.....the nice young lady replied "$1.99/gallon".....I'm no fool, so I decided on the spot to fill up the coach propane tank too.....the last time I saw propane under $2/gallon was in Medord, OR this past August.  As luck would have it they ran out of propane shortly after they finished filling up my two tanks....whew!  In all we added 3.5 gallons to the 5 gallon bottle, and just under 30 to the coach tank, so we are topped off for the foreseeable future. 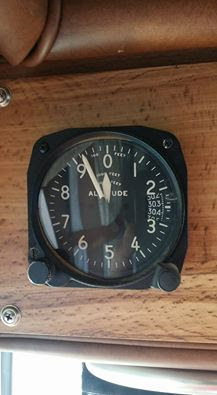 While we were sitting waiting for my son's entourage to arrive I looked up at the altimeter to see we were 76' below sea level......Bad Water in Death Valley is only a couple hundred feet lower than where we are.

We arrived at our boondocking site just off S-22 around 1230 and began to set up.......the views out here at Octotillo Wells are spectacular!  In case you might be wondering what the meaning of Ocotillo is I looked it up.....it is described as "a thorny scarlet-flowered candlewood tree (Fouquieria splendens of the family Fouquieriaceae) of the southwestern United States and Mexico" by Merriam-Webster's Dictionary...... 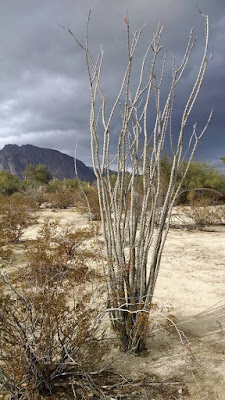 ......and if I am not mistaken this is what they look like (see above). We settled in awaiting the arrival of our friends Mike and Liz (we spent a month with them at Cape Blanco Lighthouse this past September) and began to enjoy the view......it's good to be back in the desert! 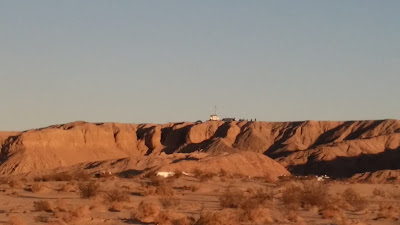 .....Mike and Liz arrived about 1400 hours, and by 1500 hours 'Happy Hour' had begun!  They immediately hit it off with everyone and were the center of attention most of the evening....YAY! 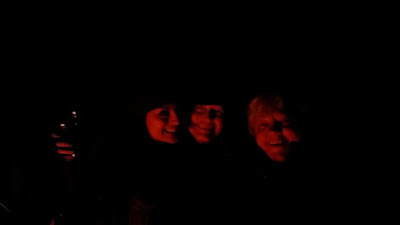 Left to right: Rochelle (my amazing daughter-in-law), TLE and Liz 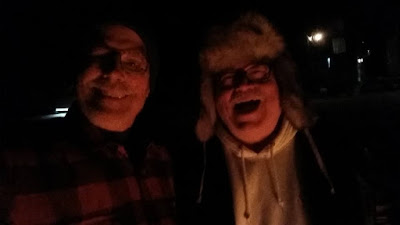 Moi and Michael.......we were having way tooo much fun!

This is the first time we have been camping with Chris and Rochelle in almost 4 years, and it is one of the things we both dearly miss as a result of our nomadic wanderings.  Knowing we have their 100% support in what we are doing makes it an easier burden to bear.  We had a wonderful evening  with everyone, including Keith and Laura.  More folks will be arriving on New Year's Eve, and it promises to be one heck of a party Thursday night! 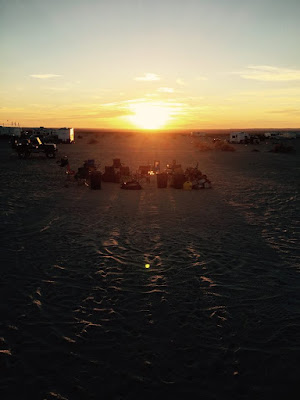 Thanks for stopping by!
Posted by Whatsnewell at 8:04 AM